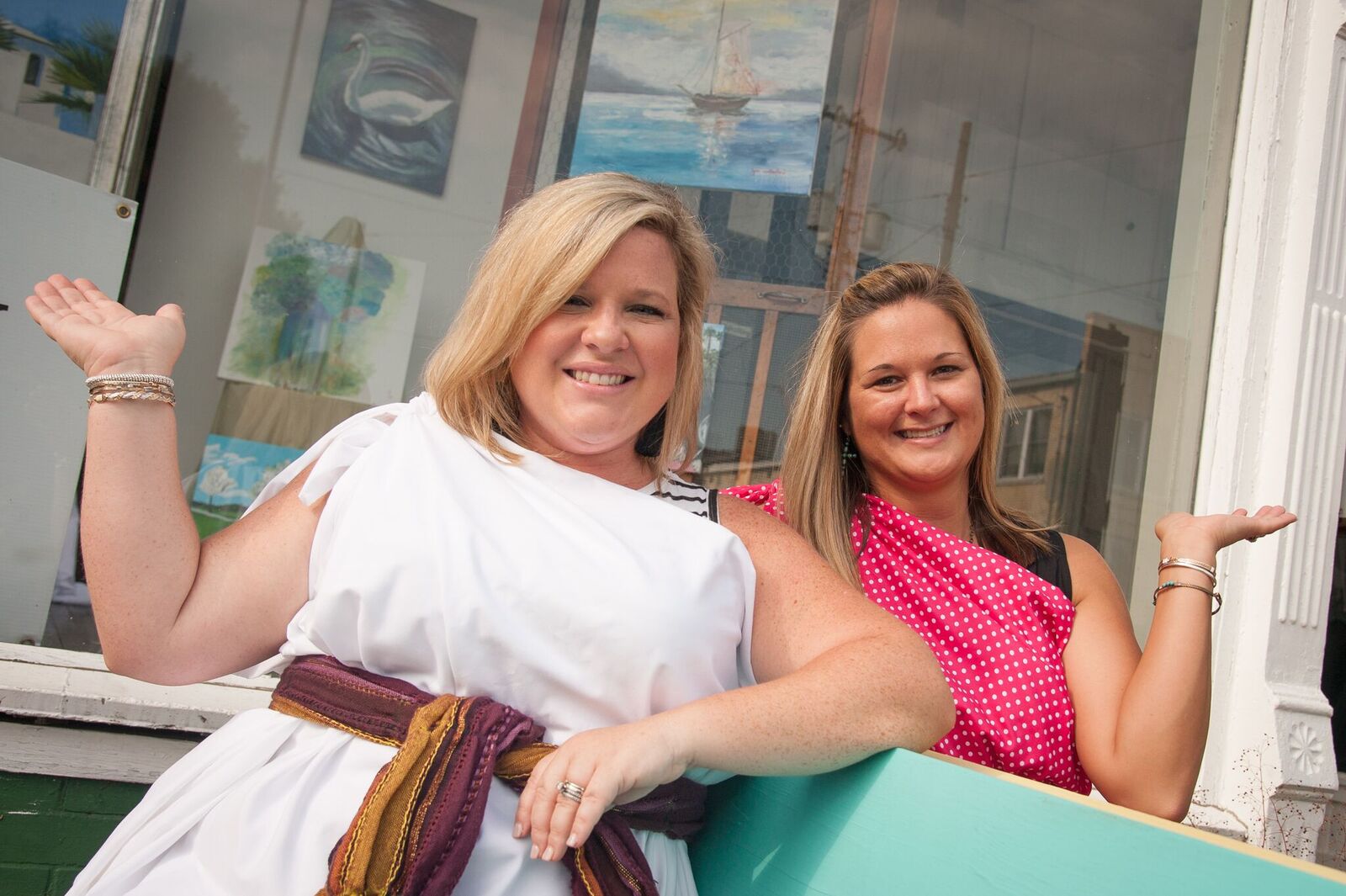 Two community-minded women are heading up a Downtown Athens festival that thrives on a play on words and the use of togas.

The Athens Grease Festival hosted by Athens Main Street will be Sept. 30 on The Square. The toga party that is a celebration of all things fried and the Greek origin of the city’s name is a quirky festival that embraces not taking life too seriously. Spectators are encouraged to “eat responsibly the other 364 days of the year.”

The co-chairs are Leah Beth McNutt, works for the Athens-Limestone Hospital Foundation, and Lacy Beth McMunn works for Hospice of Limestone County.

McNutt, her husband, and two-year-old daughter moved back to Athens about two years ago.

“We love Athens, and love the community,” McNutt said. “It is so important to support local, support our small businesses and be an active member in making our city continue to grow. Our city is safe, close to major cities, and a booming area. Athens is a gem, and I am proud to be here.”

McMunn, raised in Athens, said she volunteers with various groups because Athens is a close knit, supportive and energizing city.

“I love my small city and the activities that bring our families and friends together,” McMunn said.

The co-chairs have experience volunteering with a variety of non-profit agencies. McNutt volunteers with Hospice of Limestone County, First United Methodist Church, and Athena League. She is a member of Citizens for Economic Progress.

The festival not only has traditional and unique fried foods but a frozen turkey toss, togas paired with cowboy boots and other accessories, and the naming of an Athena-Grease Goddess. Athens Main Street Executive Director Melanie Newton is working to add a 5K Toga Run and a farm-to-table dinner as part of the festivities. The Southeast Tourism Society named the Athens Grease Festival a Top 20 Event in the Southeast for September.

Athens Main Street uses proceeds from the festival to invest in downtown revitalization efforts, such as improved electrical systems for downtown events. The 2017 co-chairs share similar names as well as a passion for enhancing Downtown Athens.