Downtown speaker system up and running 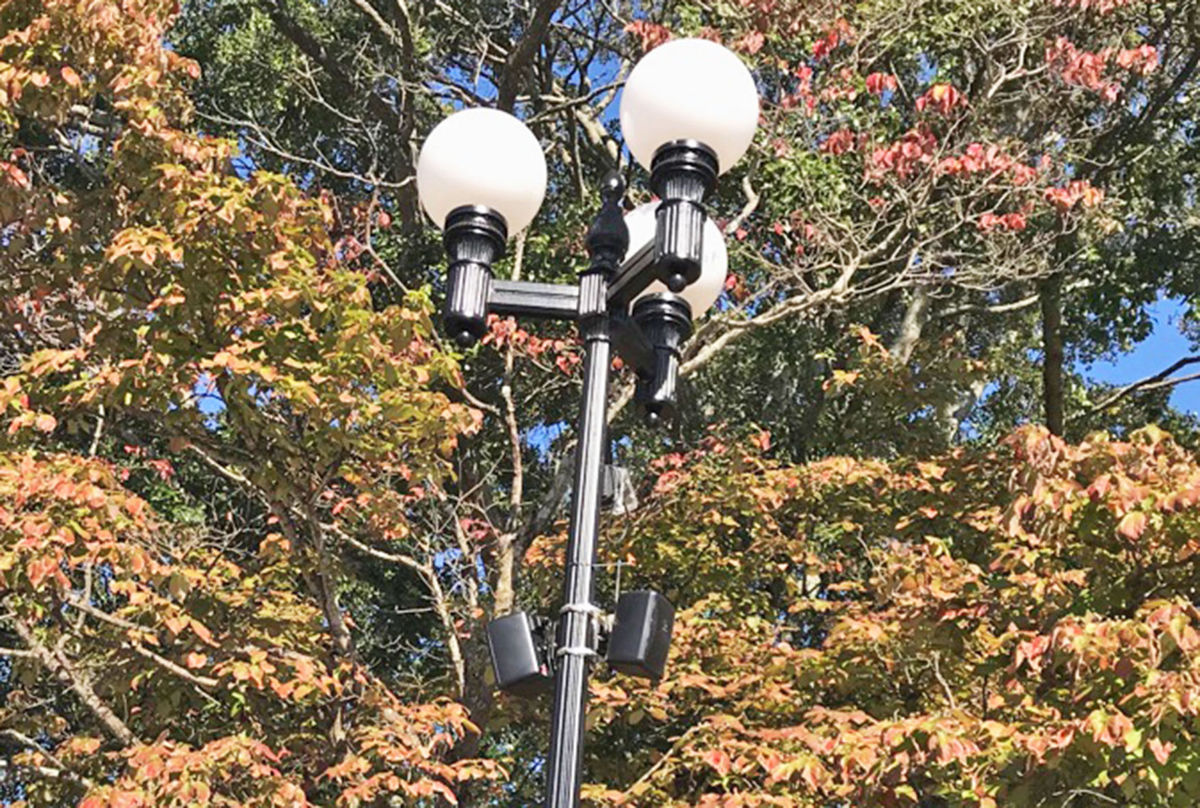 BY ADAM SMITH, THE NEWS COURIER

If you hear the sound of “Jingle Bells” or “White Christmas” emanating from light poles around the Square in Athens this holiday season, you aren’t losing your mind.

The Christmas music will be broadcast from a new speaker system, installed Oct. 4 by Limestone County’s engineering and maintenance departments. The $20,000 system represents a partnership between the Limestone County Commission and the city of Athens, which kicked in $5,000 each. State Sen. Tim Melson provided $10,000 in TVA-in-lieu-of-tax funds.

He explained the system will help enhance the Christmas season downtown but could be used for any outdoor event.

“To me, the Square really is Athens; it’s the focal point,” he said.

“This will be good for playing Christmas carols or patriotic music on the Fourth of July or making announcements at the Grease Festival.

The music will play year-round, courtesy of a feed from Pandora. Michelle Williamson, community relations director for Limestone County, said the music is muted now because of the annual Storytelling Festival on the Square.

Not only can the speaker system play music, but it also has a wireless microphone capability. The system had a trial run during the recent Judge Horton statue dedication.

ATHENS, Ala. – Fall is in the air, and what is more exciting than the prospect of fresh fall produce provided by your nearby farmers’ market. On October 16, 2021, patrons are encouraged to visit the Athens Saturday Market at 409 Green Street from 8 a.m. to Noon. Market Manager Kat Greene says to be […]