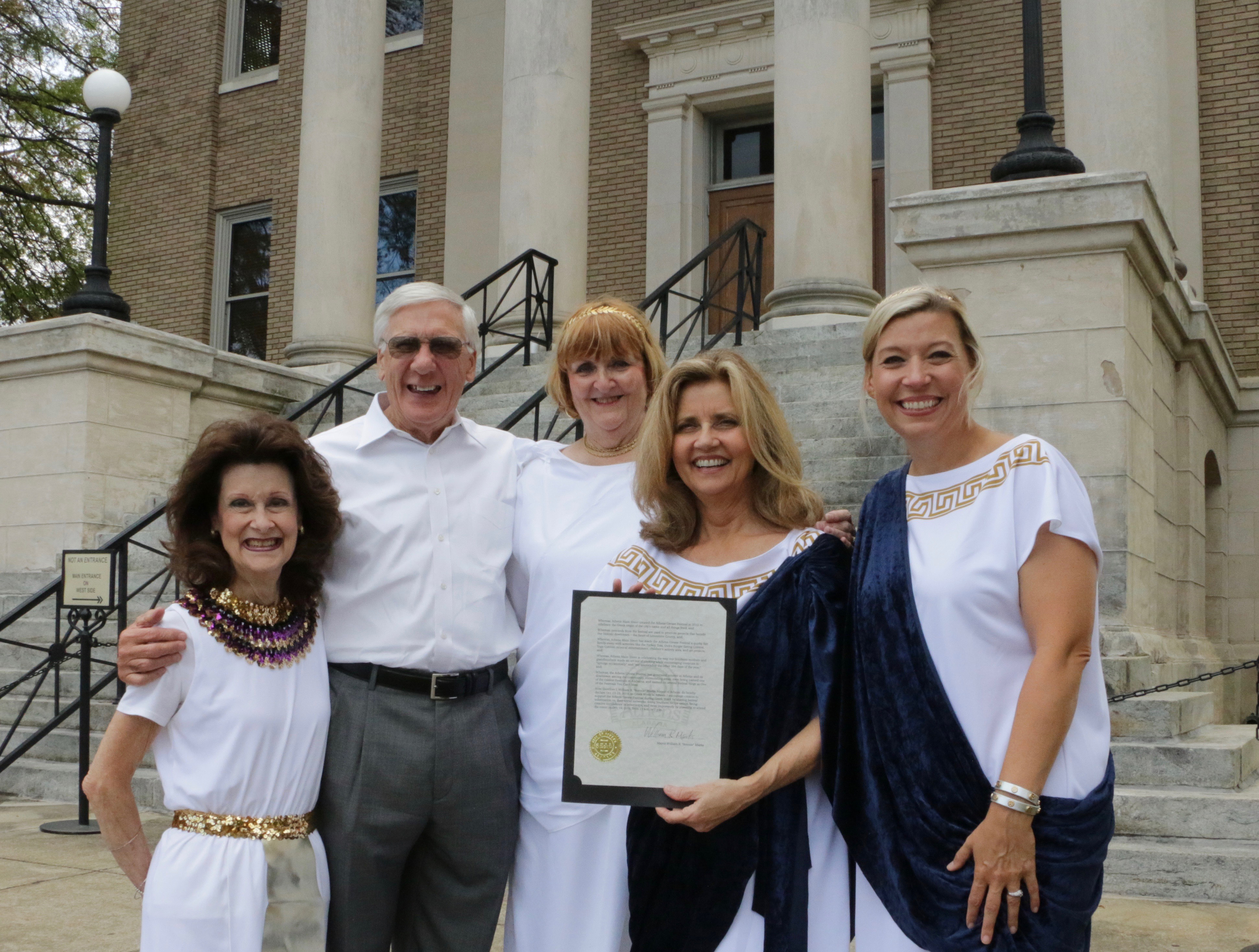 Athens Mayor Ronnie Marks and Athens Main Street Executive Director Tere Richardson along with Athena Grease Goddess and her court are proclaiming October 13 – October 19 as Greek Week in Athens, Alabama. That’s the week leading up to the October 19 Athens Grease Festival on The Square.

Athens Main Street Executive Director Tere Richardson said, “Thank you to Mayor Marks for proclaiming this week Greek Week in Athens!  This is such a great way to highlight our upcoming Athens Grease Festival and to celebrate all things fried.  Enjoy all-day music, food, games, and fun for the entire family this Saturday in downtown Athens!”

More information on the festival can be found here.

The proclamation reads as follows:

Whereas, Athens Main Street created the Athens Grease Festival in 2012 to celebrate the Greek origin of the city’s name and all things fried, and;

Whereas, proceeds from the festival are used to promote projects that benefit our historic downtown – the heart of Limestone County, and;

Whereas, Athens Main Street is celebrating the way our Southern mothers and grandmothers made an art out of cooking while encouraging everyone to “splurge occasionally” and “eat responsibly the other 364 days of the year,” and;

Whereas, the Athens Grease Festival has generated interest in Athens and its downtown among the community, surrounding areas, even being named one of the Oddest Festivals in Alabama, and named on several festival blogs as One of the Festivals You Can’t Miss;

Now, therefore, I, William R. “Ronnie” Marks, Mayor of Athens, do hereby declare October 13 – October 19, 2019, as Greek Week in Athens. I encourage citizens to support the Athens Grease Festival during Greek Week by sharing festival information on their social networks, doing Southern recipe swaps, being creative to celebrate in other ways, and most importantly by planning to attend the event on October 19, 2019, from 11 a.m. to 7 p.m.