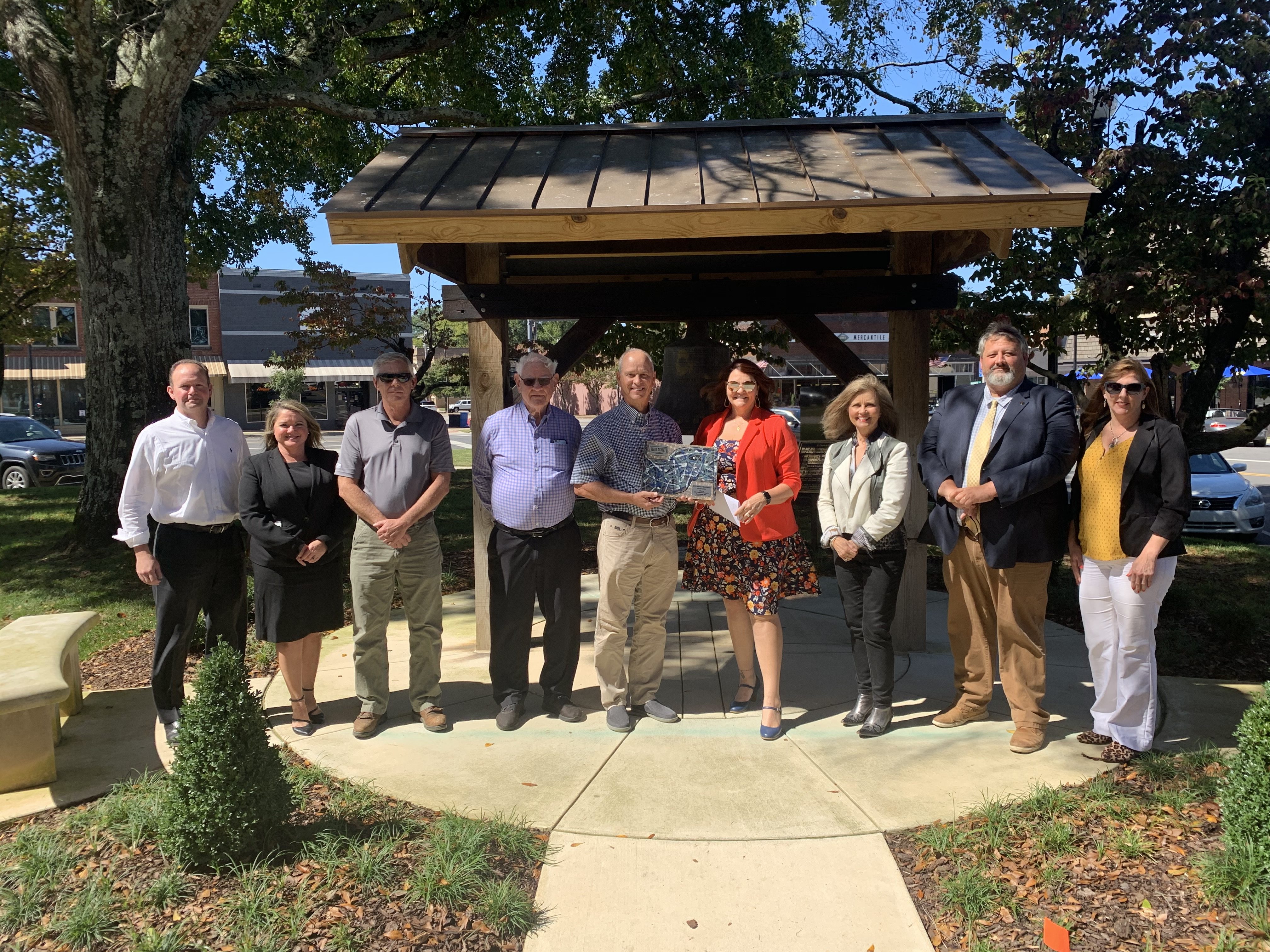 Main Street Alabama’s President and State Coordinator, Mary Helmer, honored projects and individuals that made tremendous impacts in Athens in the previous year, presenting the awards in Athens on October 1.

“It’s an honor to recognize outstanding community projects, leaders, and volunteers,” said Helmer. “The awards represent the good work being done in Main Street Alabama communities, including those that were initiated after the pandemic, sparking creative ways to promote and help struggling businesses.”

The 1871 Limestone County Bell Restoration project restored the brass bell, that for more than 100 years, rang out from the dome atop the Limestone County Courthouse hourly to mark time for residents or alert them to important news and events. The bell was found tucked away in the attic of the courthouse during recent renovations where it had lain for the past 40 years. The bell hangs from the original red oak beams that held it in place in 1871. Funds were raised by the Limestone County Commission, Limestone County Historical Society, Athens-Limestone County Tourism Association, and the Frederick Martin family. Recently the bell house, which is home to the 1871 courthouse bell, and memorial benches were dedicated in honor of the late Judge David Lee Rosenau Jr.  Rosenau remains the longest-serving judge in Limestone County history.

Probably some of the biggest Downtown advocates in our community, the Black family contribute much of their time and talents to the betterment of our Main Street District. Shane Black has served as the Athens Main Street Board President for the past three years and as an active board member for a number of years prior, Trisha Black was the Director of the Spirit of Athens (which later became Athens Main Street) for eight years. Gayle Black (Shane’s Mother) serves as a Design Committee member with Athens Main Street and on the Athens Limestone Beautification Board. Service to our community is a Family Tradition in every sense of the term.

Athens Main Street Executive Director Tere Richardson “The success of downtowns hinges on cooperation and planning between individuals, merchants, developers, employers, and our public institutions. In Athens, we have just such a cooperative group working toward a common goal of sustaining a strong, beautiful downtown.  It is with great pride that we celebrate these significant successes over the past year.”

Athens Main Street is the heart and spirit of Limestone County. Our mission is to make downtown Athens an environment for conducting business with a balance of goods and services, an opportunity for additional growth, a historically significant atmosphere attracting residents and visitors, and a home to a variety of community activities, functions, and events.

Main Street Alabama has 28 Designated Programs and 20 Downtown Network Communities. Main Street Alabama focuses on bringing jobs, dollars, and people back to Alabama’s historic communities.  Economic development is at the heart of our efforts to revitalize downtowns and neighborhood commercial districts.