Historic bricks to be displayed in Merchants Alley in downtown Athens 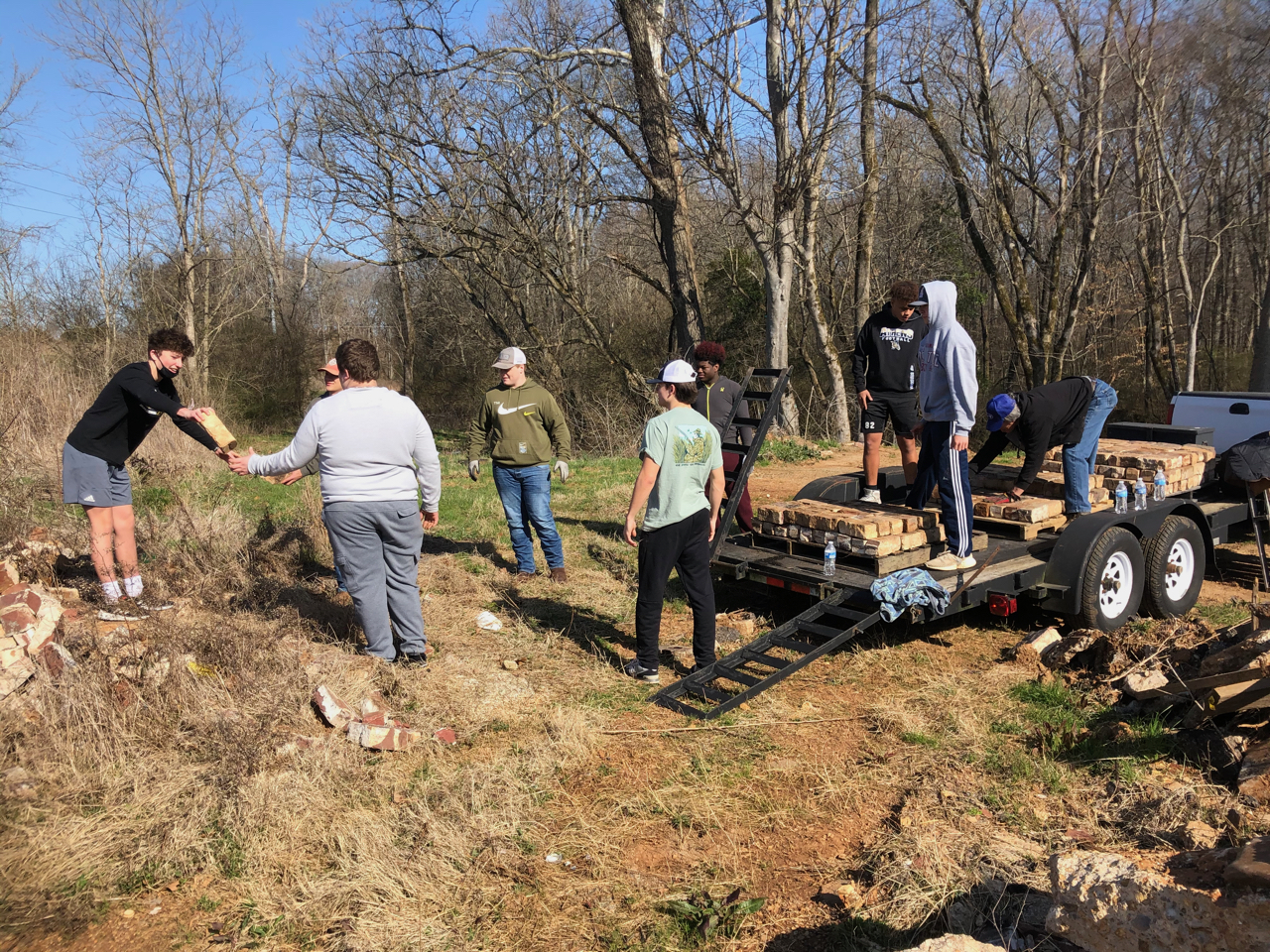 ATHENS, Ala. – 100-year-old bricks will be displayed in Merchants Alley.

With each cut that water and road crews made into the asphalt streets surrounding the Courthouse during the 2019 streetscape project, they turned up the red bricks that were first used around what was then the brand-new seat of government in Limestone County. According to research with the Limestone County Archives, in August 1919, the City of Athens contracted with Merrill Road Improvement Co. to pave the Courthouse Square and one block in each direction. Records also shows the brick streets were covered in asphalt just after World War II. To this day, the bricks remain just under the surface, as part of Athens’ hidden history.

The bricks that were recovered and saved by the City of Athens during the 2019 streetscape project, will have a place of honor in the renovated Merchants Alley in downtown Athens.  An 8ft by 15 ft entry threshold will be constructed with over 400 of the saved bricks.

Athens Main Street Executive Director Tere Richardson knew that many in the community would love to see the bricks streets returned to their former glory.

“While the cost would be prohibitive to return the streets to their original brick surfaces, we can display this piece of Athens history so that future generations will know what is hidden beneath our feet,” said Richardson.