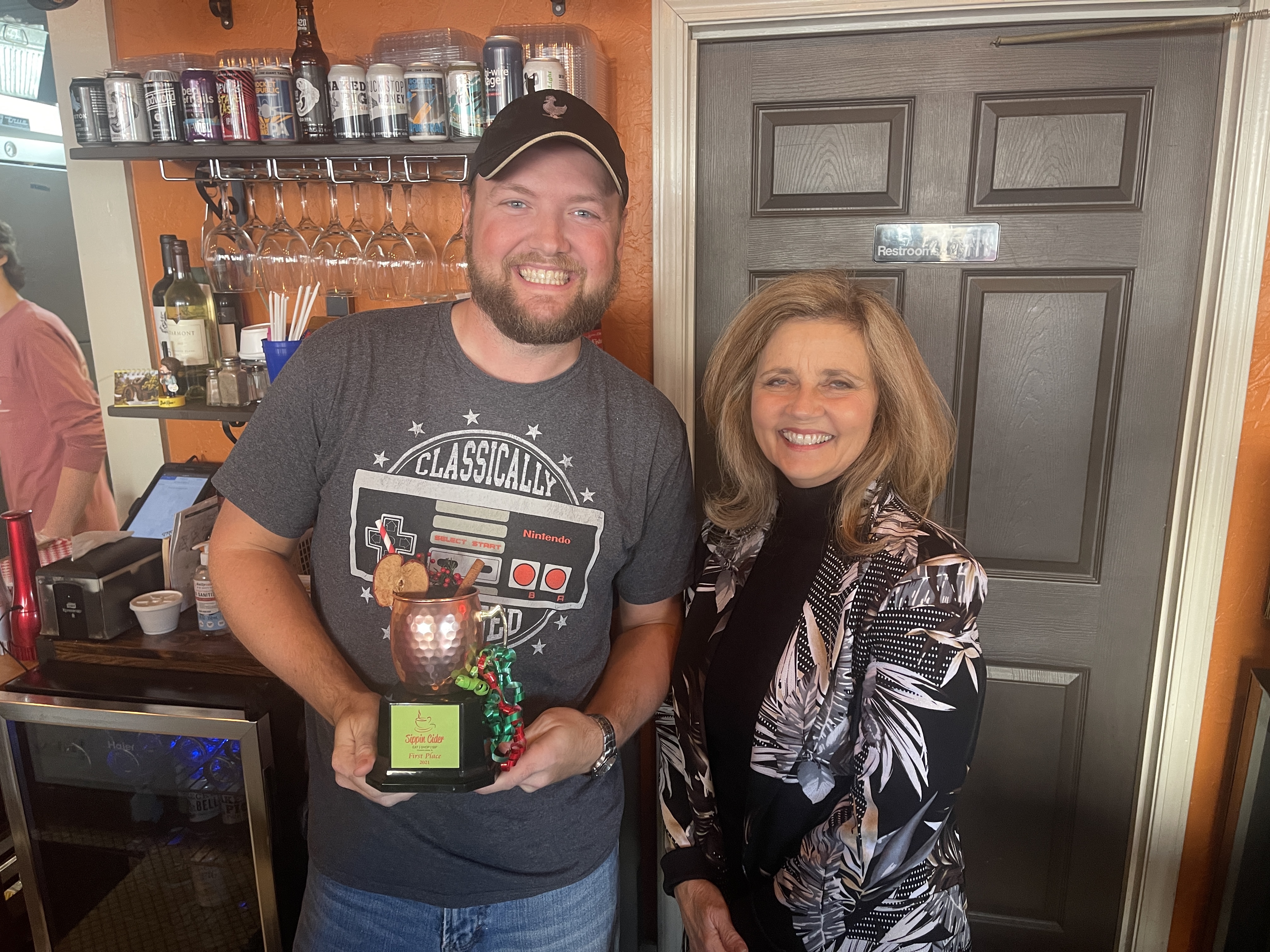 ATHENS – 14,000 cups and more than 600 ballots cast Athens Main Street is thrilled to announce the winner of the Cider Cup for 2021.

Wildwood Deli was the winner with an average of 4.13 out of 5. There were 23 participants this year and hundreds of people who patronized downtown Athens merchants and restaurants.

“Many merchants reported their best day in a long time after this Sippin’ Cider Festival,” Richardson said. “This event fulfilled one of Athens Main Street’s biggest goals which is to get people inside our wonderful merchants and restaurants.”

Matthew Fisher, owner of Wildwood Deli, explains how his deli benefits from events like Sippin’ Cider.

“There were a lot of new faces that came into the deli during Sippin’ Cider,” Fisher said. “This is one of my favorite events because I get to spread the holiday cheer to our patrons.”

Athens Main Street wants to remind the public that there is less than a week until Christmas and many merchants are offering specials so be sure to get your last-minute holiday shopping done in downtown Athens. A downtown walking map is available here.